(as published in the July 29th-August 4th Chicago Defender)

There is an old political saying that goes, “Good politics equals good government and good government equals good politics.” Politics defined is the interrelationships between the people, groups, and organizations in a particular area of life insofar as they involve power and influence or conflict. Taking that definition of politics into account is important in providing context for understanding how and why people are chosen or appointed to positions of power in government at all levels.  Politics is the process that transforms a citizen into an elected official, which then gives the elected official the ability to govern.  So politics, by its very nature is transactional, whether Democrat or Republican.

In Illinois, the transactional nature of politics has often come under scrutiny, not only from local watchdogs and media outlets, but also by the federal government.  Long known as the corruption capital of the nation, the underbelly of transactional politics in Illinois have been in the national spotlight.

Illinois governors Ryan and Blagojevich were sentenced to federal prison for what had previously been known as political horse trading.  While those are two of the more egregious examples, transactional politics continues.  To the victor goes the spoils, and part of those spoils include key cabinet, board, agency appointments, and jobs that are known as “exempt positions” which are all generally reserved for the winner’s supporters.  The level of those appointments are generally based on what the appointee was able to provide the politician during the campaign, with the top spots often going to high level political donors, business leaders, and campaign volunteers.

Generally, the appointees are expected to advance the agenda of the elected official that appoints them.  In this article we will examine some of the most recent appointments of Illinois Republican Governor Bruce Rauner, why they were appointed, what the appointment means, but most importantly, what it means to the Black constituency that they represent.

When candidate Bruce Rauner threw his hat in the ring to be the governor of Illinois, he knew he faced an uphill battle, particularly because of Democratic dominance in Cook County.  That dominance is widely credited to the Black community. Blacks vote for Democrats over 90% of the time in one of the largest counties in the nation.  While recent Illinois Republicans have avoided the Black community during gubernatorial contests, Rauner made a conscious effort to appeal to Black voters.

While Meeks, Brooks, Hartman and Wilson were vilified in the Black community for supporting the Republican candidate, they remained loyal and when Rauner was elected to office, he rewarded that loyalty with key appointments.

Rev. James Meeks was once considered the heir apparent to the Rev. Jesse Jackson’s Operation P.U.$.H., but in recent years has focused on expanding his own power base.  Meeks, pastor of Salem Baptist Church, which is based in the arena-sized House of Hope in the far South Side’s Roseland community.

No stranger to politics, Meeks has been a vocal advocate for equitable education funding to the point of threatening to run in the 2008 Democratic Primary against former governor Rod Blagojevich.

Blagojevich eventually agreed to provide an additional $1 billion dollars in funding for Illinois schools but was ousted from office before he could follow through on their agreement.

Meeks eventually rose to Chairman of the Illinois Legislative Black Caucus in 2008. In 2013, Meeks resigned from the Illinois State Senate, disillusioned with the lack of progress on his mission.

Fast forward to 2013 and Bruce Rauner enters the race and one of his major goals is increased education funding, Meeks number one goal.  The two met and after some discussion, Meeks agreed to join the Rauner campaign.  Throughout the campaign, Meeks remained a steadfast supporter of Rauner because of his promise on education funding, even as large portions of the community branded him a “sellout,” sure that Rauner would cast him aside if he were to win the election.

Rauner won the election, appointed Meeks to his transition team, and eventually appointed Meeks to become the Chairman of the Illinois State Board of Education (ISBE).  Meeks’ critics claim that the appointment was political payback for selling out the community.  For Meeks, serving as the Chairman of the ISBE, which administers billions in school grants, allowing him to have a direct say in the education process. “The primary job of the state board is to ensure districts are providing the best possible education to all students. As chairman I believe it is vital that all students, especially low income students and students of color receive the education they deserve. An education that will lead to success after graduation in college and careers,” Meeks stated.

Indiana native, Pastor Corey Brooks first made news when he decided to camp out on the rooftop of the motel near his church until he raised enough funds to build a community center for his church.  He successfully raised the funds with donations from notables such as Oprah Winfrey and Tyler Perry.  Brooks followed that exploit up with a walk across the country against urban violence.  He also launched the Project H.O.O.D. initiative in the Woodlawn and Englewood communities. Operating a church in one of Chicago’s toughest neighborhoods, many Blacks may question his intentions, but few question his authenticity.

An Indiana native, Brooks was already familiar with the Republican Party and had been known to court conservative leaning politicians not traditionally welcomed in the Black community. All of Brooks’ initiatives garnered national media attention, making him a household regular in Black and White communities, and a likely target of support for Rauner in the Black community.

Like Meeks, Brooks looked at the state of the Black community and realized Springfield was completely controlled by Democrats. Things didn’t seem to be getting better, so he too decided to break from the ranks and openly support Rauner. He too was ridiculed, criticized, and called a sellout by many in the Black community.  Used to being stung by Democratic politicians regularly, Black people talked openly about Rauner ditching Brooks after the election.

Also like Meeks, Rauner appointed Brooks to his transition committee after he was elected. Raunerconsults with Brooks regularly when making decisions that impact the Black community.  Just recently, Rauner appointed Brooks to the Illinois Tollway Board.  While Brooks will only collect an annual salary of  $31,426, the Illinois Tollway annual budget is in excess of $1 billion dollars and is one of the state of Illinois’ largest economic engines.  As one of Illinois’ largest economic engines, Black participation at the Tollway remains at minimal at best.  Brooks’ detractors doubt the impact he can have as only one of a nine-member board.

Consider however, that Brooks, who is also a lawyer, has already proven that he knows how to cut the deals to get to the table with conservative Whites.  They key will be if Brooks can translate that Board appointment into Black economic opportunity and development.

Once a dominant force in the Chicago political, social, business scene, N’Digo founder and publisher Hermene Hartman had found herself struggling for relevance before she signed on with the Rauner campaign.  While Hartman still operated her publication, it was but a mere shadow of what it had been in the late 1990’s and early 2000’s.  But with an email list and a recognizable masthead, Hartman made herself one of Rauner’s most vocal advocates and one of Pat Quinn and the Democratic Party’s harshest critics.

Unlike Brooks and Meeks, Hartman served as a paid campaign consultant for Rauner during the campaign, working to connect Rauner with various community organizations and influencers.  While Rauner spent millions on campaign consultants, Hartman was ridiculed for only receiving $55,000 for her services.

Hartman was in a precarious position post election, because her services were paid for, Rauner had no post election obligations to Hartman.  In fact, until Hartman published a scathing electronic editorial five months after Rauner’s election, the governor had not contacted her for anything.  After the editorial, Rauner appointed Hartman to the $46,960/year Human Relations Committee, where she will have a say in settling employee discrimination complaints in Illinois. While the position is rather innocuous, Hartman fight workplace discrimination. 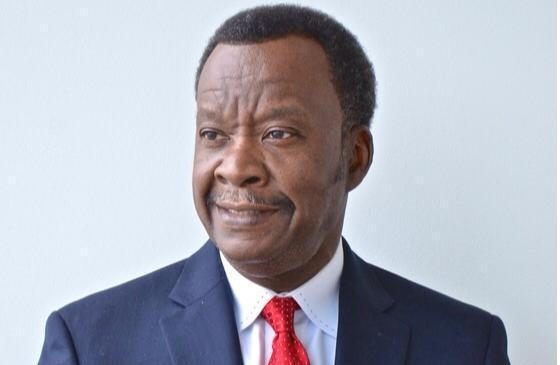 Rev. Willie Wilson is the plainspoken South Side businessman, preacher, TV host, philanthropist, and donor that used his influence among local ministers to become one of Rauner’s biggest supporters.  Unlike the aforementioned Black Rauner supporters, Wilson’s interest in Rauner’s election was business.  Sources say that Wilson, who owns a business supply company, is positioned to take over the concessions at the Illinois Department of Corrections.

If true, Wilson will have translated his support for Rauner into hundreds of millions of dollars in contracts.  Those contracts can potentially lead to additional jobs, business opportunities, and higher quality meals for prisoners if Wilson is genuinely concerned about the Black economic development.

That remains to be seen, because Wilson has gone from supporting Rauner, to an unsuccessful mayoral run, to a recently announced Presidential campaign, potentially squandering any political capital he may have earned if he shows poorly.

Payback is a political fact of life.  Meeks, Brooks, Hartman, and Wilson have all been paid back based on what they did to get the Governor elected.  It remains to be seen if they can translate their personal payback into benefits for the Black community

44 thoughts on “The Big Payback”

Tell us what you really think! Cancel reply